How Does a Heat Pump Work?

– Explanations of how a heat pump works

– How a heat pump works according to its type

Although an air conditioner can technically be called a heat pump, the word “heat pump” is more commonly used to refer to an HVAC system that can pump heat both inside and outdoors. Heat pumps can move heat in both directions: from the inside to the outside (cooling) and from the outside to the inside (heating).

To understand all the advantages of a heat pump, its limitations, and maintenance constraints, you need to know how it works, and this post tells you what it’s all about.

Heat pump operation is based on heat transfer between a heat transfer fluid and a surrounding environment. The so-called “refrigerant” has the property of changing state according to its pressure:

– It becomes gaseous when its pressure increases.

– It condenses, and thus becomes liquid when it decreases.

Thus, the heat pump captures the calories naturally present in the environment (air, ground, or water), raises the heat level, and then diffuses it into the house. It consists of an evaporator, a compressor, a condenser, and an expansion valve.

Explanations of the functioning of a heat pump

The heat is taken from the natural environment, renewable energy source, called cold source, is transmitted to the refrigerant then in a liquid state. The temperature of the fluid increases; it is then transformed into vapor (like water boils when it is brought to high temperature).

The gas is drawn into the compressor and compressed under high pressure. This operation heats the gas, which then reaches a temperature of 90°C.

The gas at 90°C gives up part of its heat to the condenser, which gives it back to the hot source (the source where the calories are injected), most of the time a heating circuit. As a result, the temperature of the gas drops to about 45°C. The gas condenses and becomes liquid again.

In the pressure reducer

The expansion valve creates a low-pressure environment. This pressure drop causes a drop in the temperature of the refrigerant liquid (-20°C).

Back to square one: in the evaporator

The low-temperature liquid comes into contact with the cold source, which is warmer than the liquid. The liquid then heats up until it boils before being sucked back in by the compressor.

Operation of a heat pump according to its type 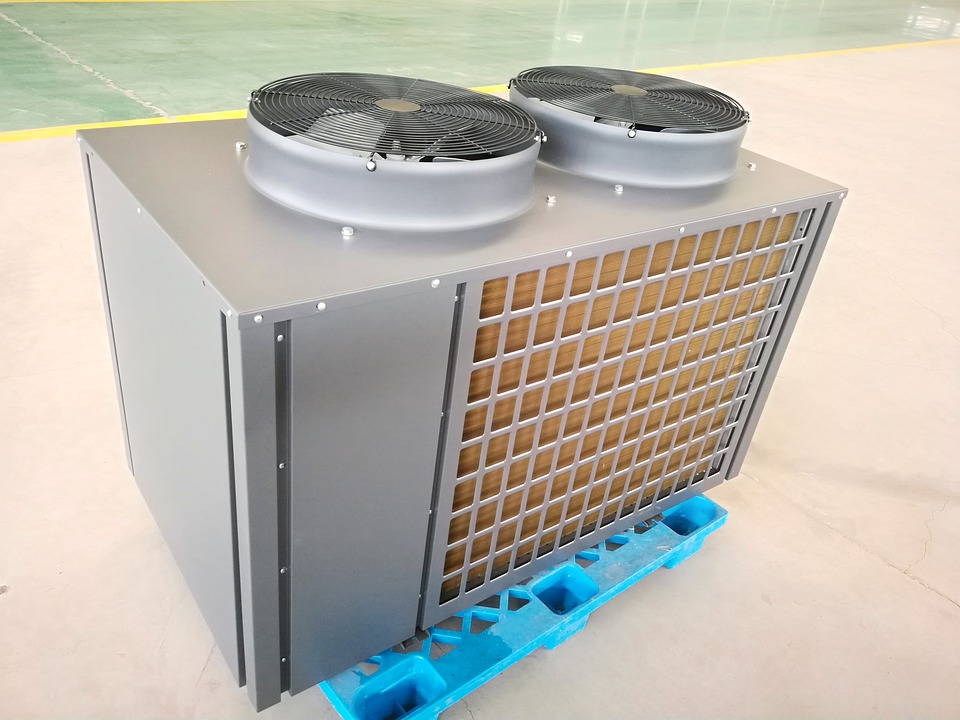 The temperatures given are examples only. They vary according to the fluid used and the overall performance of the heat pump. There are several types of heat pump, depending on the medium from which they draw their calories:

– an aerothermal heat pump uses the calories in the outside air;

However, the operation of a heat pump remains the same at all points, regardless of the medium from which the calories are extracted.

The compressor is a key component of the heat pump, and its energy efficiency has a considerable impact on the heat pump’s performance. However, not all compressors are created equal.

– Avoid heat pumps with piston compressors, preferring single or two-stage rotary compressors, which deliver a constant power output, regardless of the temperature of the cold source (air, water, ground), thus avoiding any oversizing.

– Compressors must also have a variable power supply system. This allows for a gradual start-up and avoids the frequent stops and restarts of traditional models that wear out the compressors prematurely.

Note: the calories drawn from the environment are free, but it takes energy to extract them. It is necessary to spend an average of 1 kWh to recover 3 kWh.

What Is the Heating Flow Temperature of a Heat Pump?

Which Heat Pump to Choose?

How to Choose between High or Low-Temperature Heat Pump?

What Are the 2 Operating Modes of a Heat Pump

Next article 4 Steps to Install a Shower Tray