Repairing a Leaking Mixer at the Base and Changing Its Cartridge

– Precautions to take before repairing a leaking faucet

– Step 1: Remove the handle from the mixing valve (option 1)

– Disassemble the handle of the mixing valve (option 2)

– Step 6: If the mixer is still leaking, change the cartridge

Repairing a leaking faucet by replacing the cartridge seals is something you can do yourself. Moreover, this repair does not require many tools.

The mixing valve differs from other types of faucets in that it has a single control for water temperature and flow. However, sometimes the seals of the cartridge inserted in the mixing valve body wear out and become brittle, causing leaks at the base of the mixing valve.

Usually, changing the seals is enough to stop the leaks. If not, you need to change the cartridge itself.

Note: Some low-end mixer models are force-fitted, which means that disassembly will not be possible. In this case, only a complete replacement of the mixer will be possible.

Precautions before repairing a leaking faucet

There are many different sizes of seals. Wait until you have disassembled the cartridge of your mixing valve before buying new gaskets. This will allow you to choose the correct diameter and thickness of gaskets.

Before you begin repairing the mixing valve, turn off the water supply, either at a stopcock or the main supply. Then open the valve to drain the water from the pipes.

There are many different types of mixing valves, and each has its own removal technique. First, sift through your faucet to determine its mounting system. Then, we will discuss the two most common disassembly techniques.

1. Disassemble the handle of the mixing valve (option 1)

The head assembly screw is hidden behind the colored cold and hot water pad on many mixer faucets. It is usually a hexagon socket head screw.

– By hand or with a small flathead screwdriver, remove the colored disk.

– Loosen the valve head assembly screw with a wrench.

Remove the handle from the mixing valve (option 2)

If the screw is under the valve head cap

On some models of mixing valves, the head fixing screw is hidden under the decorative cap clipped on the handle.

– Remove the decorative cap by lifting it off with the flathead screwdriver.

– Loosen the screw with a suitable screwdriver. 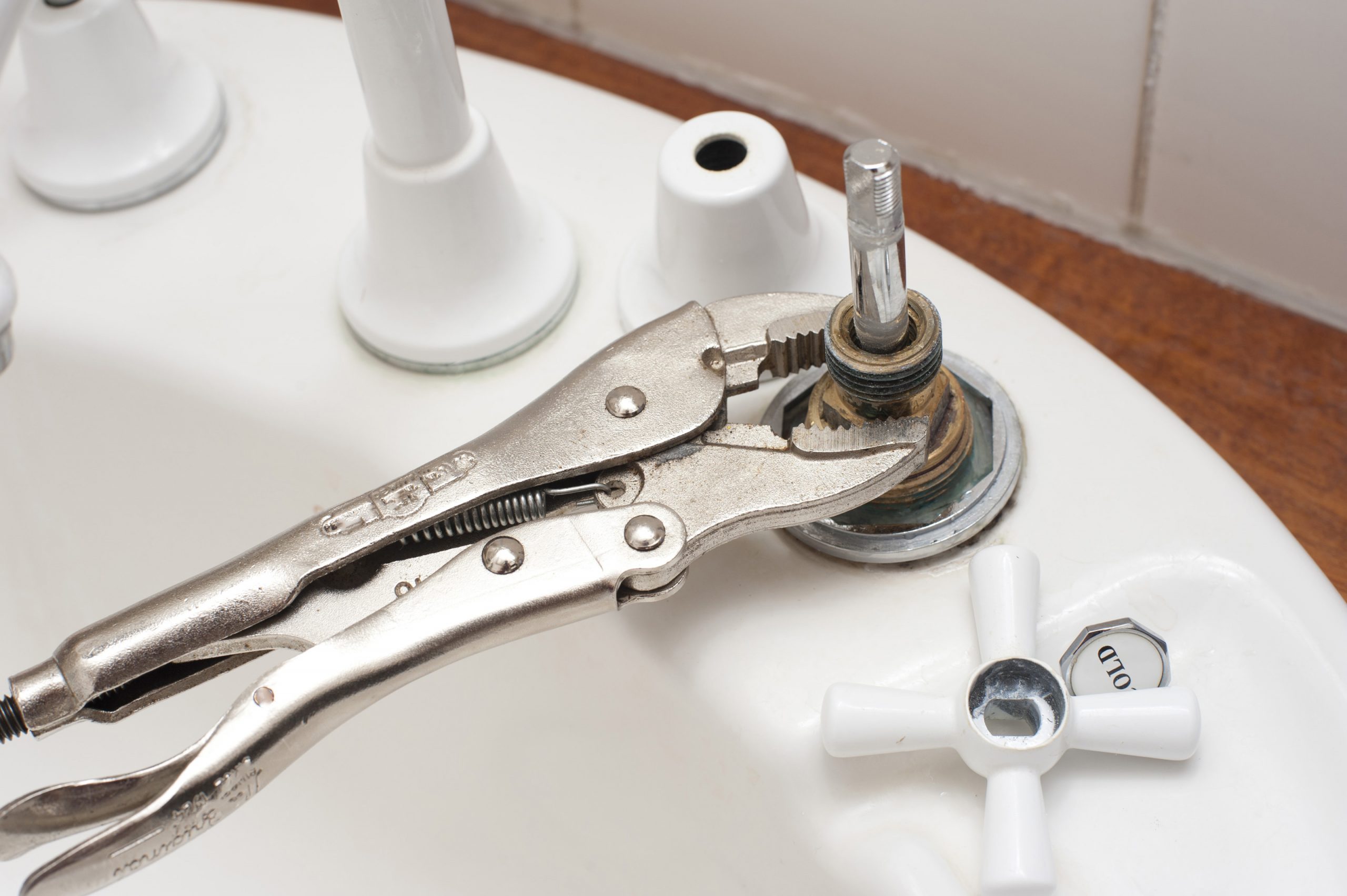 Remove the upper cover of the mechanism (domed part).

◦ If a washer and screws hold the cartridge mechanism, loosen the Phillips screws (located on the washer) that secure the mechanism. Then remove the securing washer.

– Pull the cartridge out of the valve body.

Once the cartridge is removed, you may be faced with two types of cases:

– If the cartridge has conventional shaped O-rings:

◦ Remove the seals manually or with a small flat screwdriver.

◦ Replace them with identical seals by placing them manually.

◦ Coat the seals with silicone grease.

– If the cartridge has specially shaped seals:

◦ Remove the gaskets manually or with the small flat screwdriver.

◦ Replace them with identical gaskets by placing them manually.

◦ Coat the seals with silicone grease.

Tip: There are many different types of gaskets. Take your used gaskets to your dealer to make sure you buy new gaskets of suitable diameter and thickness.

After changing the cartridge seals of your mixing valve, you can proceed to reassemble your valve.

– Insert the cartridge into the body of the faucet. Pay attention to the direction!

– If the cartridge mechanism is held in place by a washer and screws, replace the washer and tighten the screws holding it in place.

– If the screw is under the colored pad on the front of the mixer body:

– If the screw is under the mixer head cap:

◦ Place and tighten the mounting screw located on top of the handle with the appropriate screwdriver.

5. Check the installation of the mixing valve 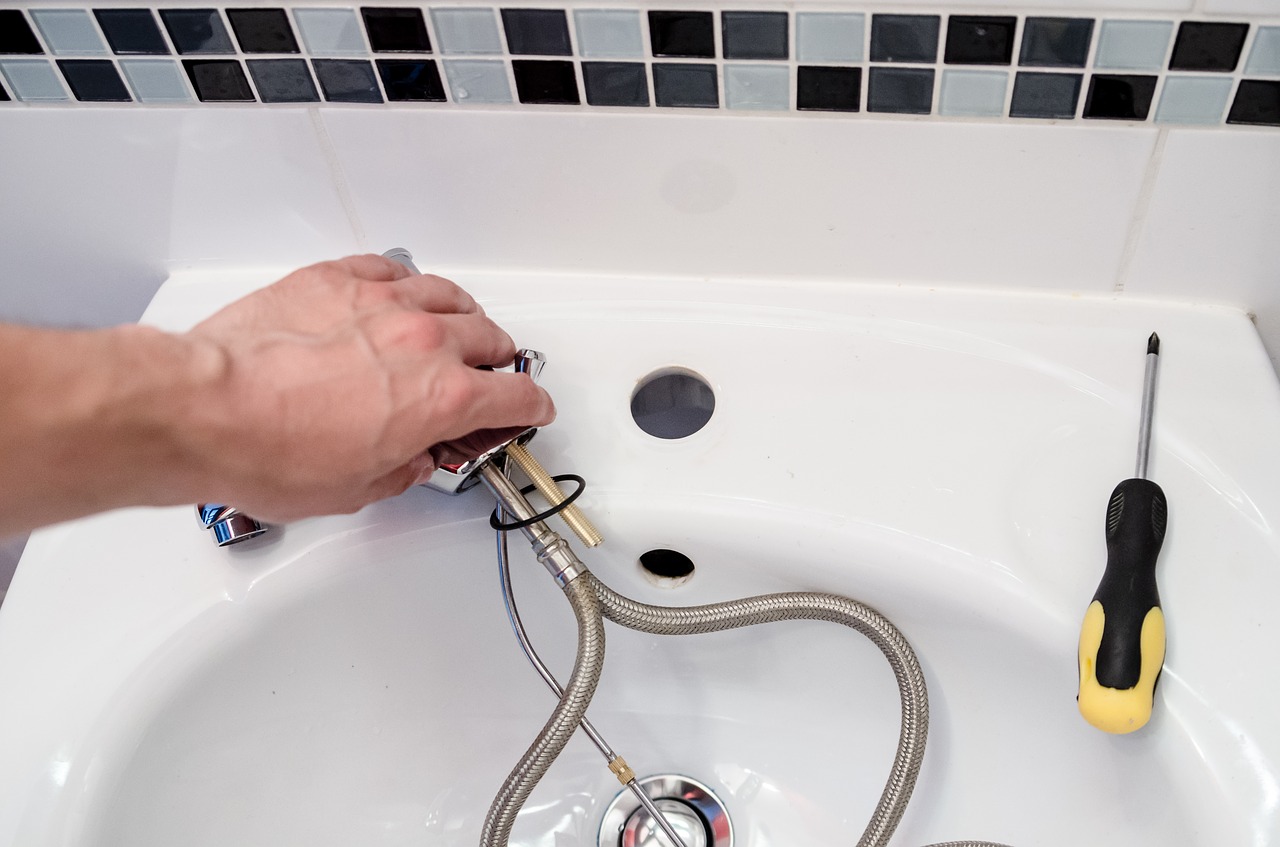 Once you have finished repairing the leaks in your mixing faucet, check its tightness.

– Turn on the water from the faucet.

– If you find leaks, disassemble your mixing valve again and check that the seals are correctly placed.

– If leaks persist, it may be necessary to replace the cartridge in your mixing valve.

6. If the faucet still leaks, change the cartridge

Once the new cartridge is in place, proceed to reassemble the faucet.

Tip: If your faucet has a specific brand, you must purchase a cartridge of the same brand.

Equipment for repairing a leaking mixer at the base